The Frankston Dolphins came into the 2019 campaign very differently to how 2018 started. The excitement which came for the Dolphins in 2018 after readmittance into the VFL following a one-year recession was quickly tempered as they were humbled in their first game by over 100 points. Unfortunately it was the story of the year as Frankston recorded more losses by 100+ points (4), than wins (2) but immediate results were never expected and there were many positives to draw upon heading into this year.

‘A lot of what we did last year we really liked because we built some pretty good foundations around contests and our team defence,’ says coach Danny Ryan who has tried to maintain as much continuity as possible in the game plan that 2018 coach Adam Skrobalak built. Short kicking has become more frequent this year, with the loss of ruckman Lewis Pierce reducing the options for a clearing kick down the line.

‘We’ve had to improve our skills and that’s still a work in progress because when you kick short, if you don’t get your skills right, you turn the ball over closer to their goals so it’s more dangerous, but I think over a long time it can be a good weapon for us.’

‘We can really challenge good teams with our ball movement which I don’t think we could do last year,’ Ryan exclaims.

That was apparent against Port Melbourne, the Dolphins having fourteen shots on goal to two in the second quarter. Being able to maintain the rage and turn periods of dominance into wins is the next step.

Among the challenges heading into this year was the list turnover; just seventeen players from 2018 remained heading into 2019 but midfielder Blake Mullane believes the core group stayed because they were heading in a positive direction.  ‘Even though the wins didn’t come, we had a lot of growth opportunities inside the four walls,’ Mullane says.

Former Richmond player Jake Batchelor was a huge loss, CEO Michael O’Neil lauding his ‘ridiculous ability to communicate’ on the football field, among the best leaders he’d ever seen. Batchelor, Todd Elton and Kyle Gray headed the 28 departures.  This was balanced by the number of new players with state league experience that were introduced, but list change on that scale inevitably brings with it a swathe of challenges.

Although rewards may not be immediate, the man in charge believes the Dolphins have built a long-term game plan and is slowly seeing glimpses of the brand of football they want to play. While it may take time for all the pieces to fall into place, the current list demographic lends itself well to a progressive build with much of the list likely to be at the peak of their powers as the cohesion, the skill execution and consistency comes.

399 days. With the win against North Melbourne, breaking Frankston’s win drought, stretching back to round 6 last year against Coburg. A solid block of football has been capped off with a win over North Melbourne, and an almighty one at that. On what was an excellent day for the Dolphins off field, with a double header lifting crowd numbers, Frankston looked ominous from the first bounce. Unlike last week against Port Melbourne where they wasted their dominance, this week they were more accurate and sustained the pressure for longer. They put in a four-quarter performance, extending the lead at each break. The win was huge for the club and the fans.

The supporters were at their vocal best. Frankston gave them reason to cheer and cheer they did. The excitement could barely be contained by the fans late in the last quarter as the Frankston chant surrounded the ground.

For the players, being able to scream out the song in front of family and friends and enjoy a beer and laugh after the game was uplifting.

Strong first halves from AFL aspirants Corey Rich and Goy Lok gave us reason to believe. Former AFL listed Nathan Freeman and Will Fordham lead the troops in the second half to a 50 point thumping of North Melbourne.

The euphoria was undoubted, deserved and a long time coming. With a six-day turnaround until the game against Geelong at GMHBA Stadium, recovery is as important as celebration. Just as the team moved on from our losses to improve each week, they must remain grounded. But if the boys trust the process and follow the structures, there’s every reason to believe a win against Geelong could eventuate.

Contagious positivity around the club as the players enjoy each other’s company and gel as a group, even after the losses, along with the earnest desire to improve make it feasible to believe that after playing solid footy and tasting success, they’ll be able to back up consistently in the second half of the season.

Corey Rich, a shining light amid the challenges of 2018 can see the improvement he and his team-mates are making with each passing week. A 123-point beating by Essendon in Round 1 was undoubtedly difficult to take in but the round 4 two-point margin showed the cohesion they were creating on-field, leading many within to have faith and confidence they were beginning to recapture the Frankston brand.

‘We are on a journey and we are hungry for success, but we’ve only won 2 games out of our last 24 (before last week). Just give us time and we’ll start reaping the rewards,’ Rich says.

‘We’ve got quite a close knit playing group but nothing compares to playing VFL football games together and I think that’s what’s going to bind us as a group and in the coming weeks,’ according to captain Josh Newman, who was especially affected by Frankston’s recession, having played at the Dolphins before 2017.

Part 4: Flashback and off field improvement

‘The club wasn’t in the greatest financial position and that’s what led to the recession but I said to everyone that I wouldn’t have come back if I thought that we weren’t going to move in the right direction, because if you’re going to restart something like this then you want to do it right,’ Newman recalls.

The Dolphins have built from the ground up since 2017; the number of coaches this year compared to last year has risen significantly, the doctors and physiotherapists have a smaller ratio of players to attend and the game day operations have significantly improved according to the CEO Mick O’Neil and Coach. The facilities are receiving attention as well, with the playing surface as lush as ever, the new interchange boxes almost ready and the lighting soon to receive an upgrade, which will give the allow the Dolphins to televise matches from Skybus Stadium, gaining them valuable exposure.

‘That’s the sort of specific level you’ve got to get to, to actually compete at this level,’ says O’Neil. ‘You want to find really good people and we’ve got many resources who are supporting the club but we’ve got to get more on top of that. What we talk a lot about is trying to punch above our weight,’ essential to the continual development of the football club.

‘You hope in a few years time when you look back at where we came from, there’s some pride attached to the journey,’ says the Chief Executive.

Part 5: To the loyal fans; thankyou

The club acknowledges there have been some challenging times on-field in the last twelve months, and although they haven’t been unexpected, the support received from loyal fans is invaluable, with all players appreciative of the continual support.

‘Keep coming down on the hill and playing the bongos, all the players really get a big joy out of that and keep barracking hard because we need you guys, sign on,’ is the simple message from Blake Mullane

We hope to see you down at Skybus Stadium supporting the boys on Sunday June 30th at our next home game against Coburg.  Show your support by purchasing a membership as the club targets 1500 members! 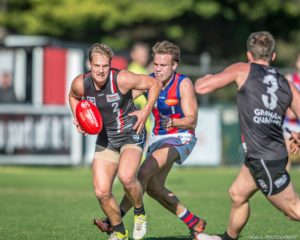 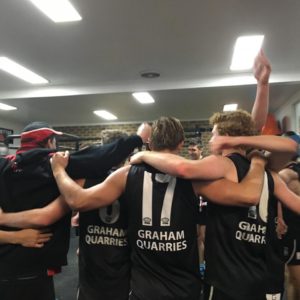 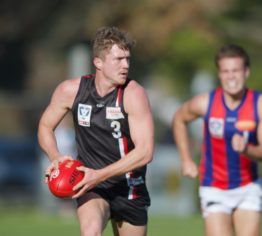