It was a celebration off the field for Frankston in round six as the club played in its 1000th VFA/VFL game.

The SkyBus Stadium lights, a packed crowd and pre-game function with former Frankston player and Western Bulldogs coach Luke Beveridge made for a festival-like spectacle to mark the momentous occasion for the proud club on Friday night.

The Dolphins were competitive on-field against a Footscray side containing 10 AFL-listed players, but ultimately outclassed going down 5.17 47 to 19.14 128.

Coming into the game with seven changes, Frankston started strongly with two first-quarter goals and repeat inside 50s to end the term.

But they were unable to fully take advantage of their authority, kicking four behinds late in stoppage time to go into quarter-time seven points behind. 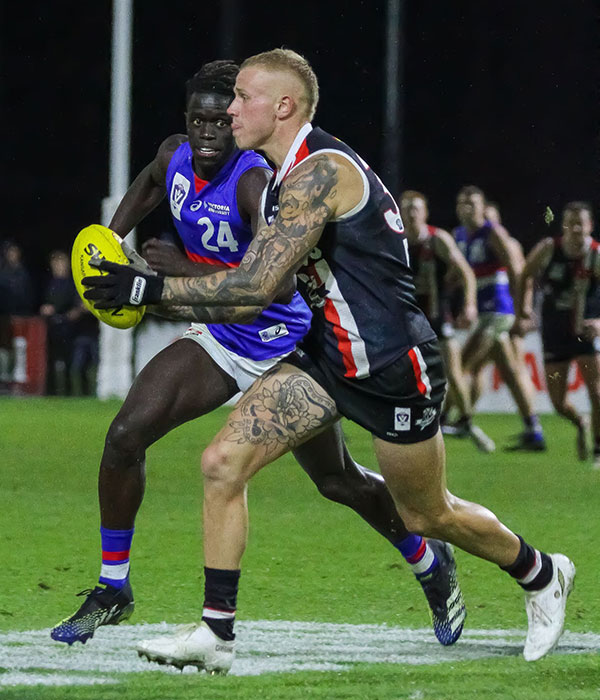 That was the story of the night for Frankston who had one fewer scoring shot going into halftime, yet trailed by 26 points, allowing the Dogs to set up a match-winning lead.

Frankston struggled to get territory in the second quarter, Riley D’Arcy having the best look with a set shot from 45 metres after the siren, but missed, one of his four behinds in his first VFL game of the season.

The Dolphins looked most damaging when they were able to hit up short targets through the centre, but Footscray was increasingly able to cut off their ball movement.

The hosts were able to get their hands on the footy in the contest but forced backwards by the seasoned Bulldogs midfielders in dewy conditions. Anthony Brolic vital in the first half with 18 possessions and tackling pressure, while Riley Garcia and Robbie McCombe were cogs in the midfield and efficient all game for the Dogs.

Josh Begley kicked the opening goal of the second half from a 50-metre penalty to give his side some life, the Frankston midfield lifting in the first part of the third quarter to stem the scoring.

But Rhylee West – who was impressive in the midfield and forward line finishing with 3.3 – was hit up inside 50 after an off-the-ball free-kick and ensuing melee which saw Footscray numbers freed up inside 50.

That kickstarted the visitors, who would kick a further four goals for the quarter and put the match beyond doubt going into three-quarter time with a 46 point lead.

Josh Newman was tough in the contest and fought to the end, but seven last quarter goals to one stretched the margin. 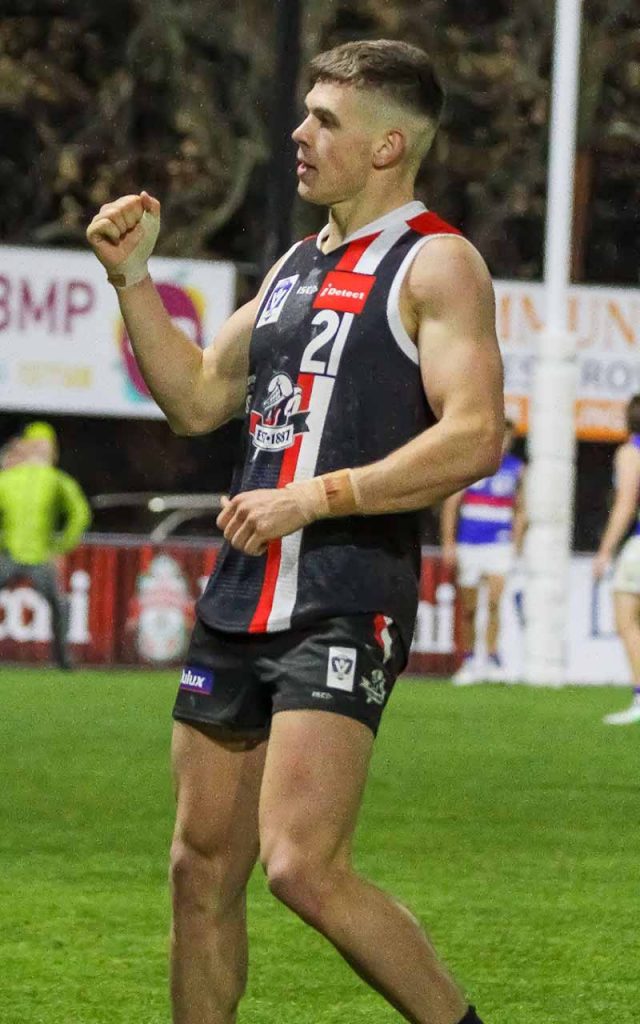 He was Frankston’s best performer, finding space and being involved in multiple scoring chains, finishing with 2.3 and 21 possessions as he continues to establish himself as a consistent VFL player.

Cal Jones and Will Arthurson showed some resistance in defence as Footscray registered 64 inside-50s.

For Footscray, other strong performers were Josh Schache, who kicked three early goals, Dominic Bedendo (3.2) and Will Hayes (28 possessions).

The Dolphins have a six-day break before taking on Richmond next Thursday night at SkyBus Stadium. 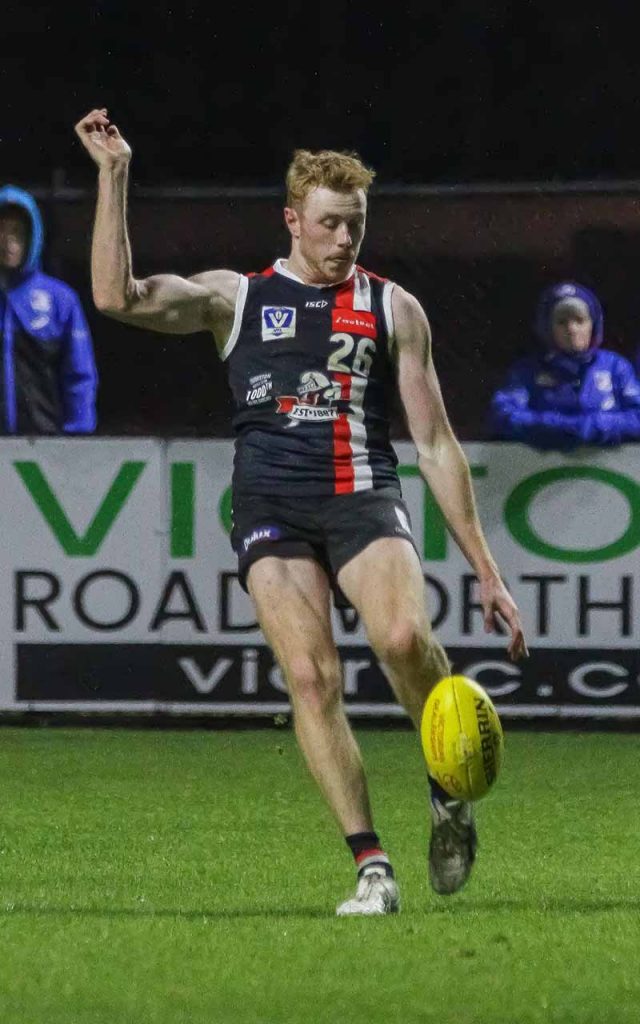