ROUND 18 MATCH REPORT – vs FOOTSCRAY

On paper it’s a 70-point loss to Frankston at the hands of Footscray, but in reality it’s a lesson from two halves of football for the developing Dolphins.

The first half demonstrated what the Dolphins are capable of, that of competing with one of the best sides in the competition.

The second half was a lesson of where the young Frankston group need to be if they aspire to contend in years to come.

After being in the contest all day – the Dolphins were unable to halt the rampant Dogs in a final term where they blew out the margin and ultimately ran away with a 19.10 (124) to 8.6 (54) victory.

Frankston took the lead early through Nathan Fahey before the Bulldogs crawled back in front and tested the Dolphins resilience.

Corey Rich squared the ball to Nathan Freeman who guided the set shot through to keep his side within a kick at the first interval.

Despite Footscray holding a lead and edging away in the opening stages of the second term, Frankston wouldn’t budge.

Mitch Cox hunted down his opponent strolling out of the backline and punished him even further when he turned the free kick into his first major of the afternoon.

The Dogs were forcing the issue going forward but the emergence the stupendous Will Arthurson was on display, as the youngster refused to allow Footscray easy entry before the main break.

With resounding pressure, the Dolphins were in it at half-time – trailing by only two straight kicks and laying as many tackles from the entire match against Werribee last week in the opening half.

Expecting the Dogs to lift, the Dolphins needed a steadying figure and it came through the fearless leadership of Josh Newman.

Newman came out of the rooms with his own footy, collecting 14 disposals in the third term alone.

Despite not playing the best football, it was encouraging that Frankston were still a chance at the final break.

Unfortunately for the Dolphins, it all unravelled in the final term with the Dogs slamming home nine majors and extending the margin to a result that didn’t reflect the contest.

Although the final term was one to forget for Frankston, the consistent emergence of players such as Alfie Jarnestrom, Liam Myatt and Will Arthurson is something that is impressing coach Danny Ryan.

“It is a testament to the program that players are getting better, because it is the sort of program that those little wins are just as important as the four points,” he said.

“They get to play against men, yeah TAC Cup (Nab League) is quite fast and skilful – but we have the physical element of guys that are 23, 24 and 25.

“They are just as quick but have five years of physical development that put them under pressure.

“For our young guys, the improvement comes from making decisions under that pressure,” Ryan said. 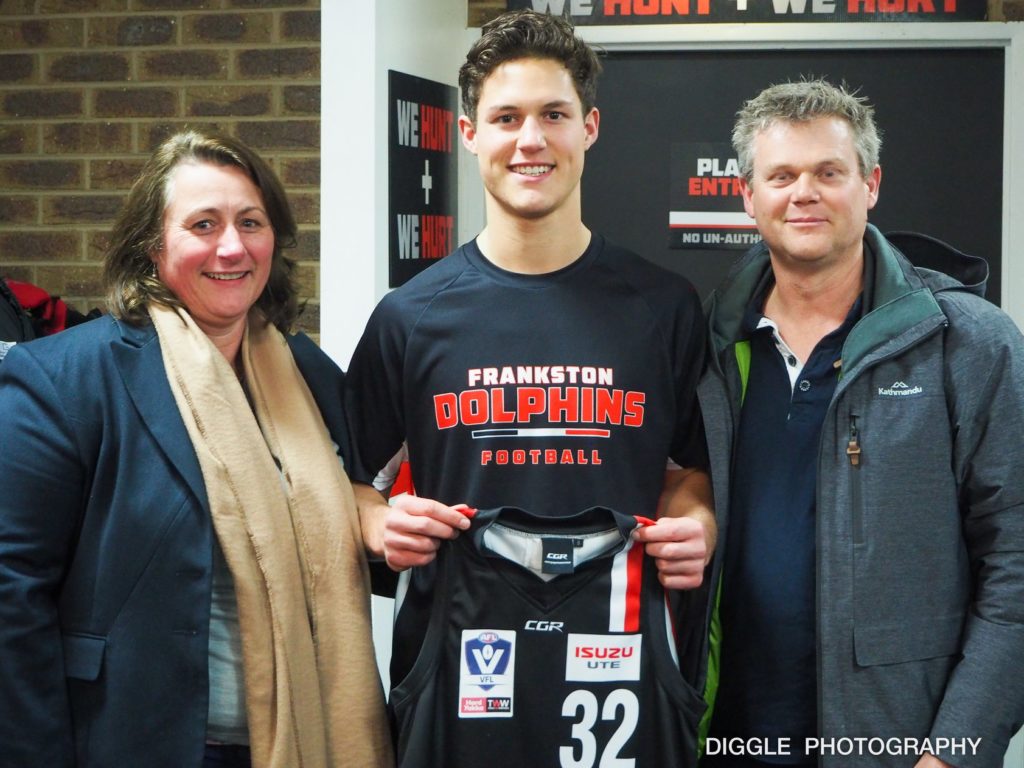 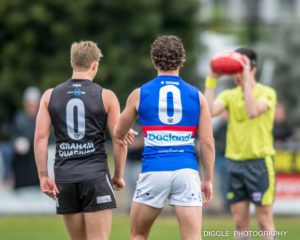 Frankston conceded a number of goals in the dying stages of the match but Ryan doesn’t believe it’s the fitness of his playing group.

“I don’t think it is necessarily the running, it funnily enough is a tangible of going through the process,” he said.

“For someone like Goy Lok, who played twelve or so games last year at Casey he would now be up to his 22nd game with pre season games.

“As you get older you become able to handle that workload, but for someone like Dylan Gordon, Liam Hiscock or Goy Lok that is why they came to Frankston for the opportunity,” Ryan said.

Josh Newman collected 38 disposals in yet another tremendous individual performance, but it’s leadership off the field that is the most pleasing for Frankston.

“I think it was the right call to make him captain,” Ryan said.

“We still need to get support around him, we have enough soldiers who are good enough but we need to stay together and grow then lay some cream over the top of them,” he said.

For Frankston, the loss to Footscray was the Dolphins final home game at Skybus Stadium as they take on Port Melbourne and Casey away in the upcoming weeks.