On Saturday morning, the first match of the round was played at Sydney’s Tramway Oval, which was rainy and cold.

The game began at 10:05am, and the Dolphins were trying to do something they had yet to do, win interstate on their third interstate trip of the year.

Trent Mynott kicked off the party early Saturday morning, kicking along the ground from roughly 35 metres away. The game was full of stoppages in the first quarter, and several possessions were contested. At quarter time, Sydney was 2.5.17, and Frankston was 1.0.6.

In the second quarter, neither team managed to score a single goal. Again, the weather greatly influenced the sloppiness in play. Halftime score: Sydney 2.9.21, Frankston 1.3.9.

Kai Owens scored from a slight angle 15 minutes into the third quarter, meaning Frankston had gone almost an hour without scoring a goal. Josh Stern quickly followed suit with a goal of his own. Stern kicked a goal as the ball floated outside the pack before swooping in and kicking a major. Trent Mynott scored his second goal of the game, eluding players before wrapping a goal around his body. Frankston closed the gap to 10 points at one point. At three-quarter time, Sydney was 7.12.54, and Frankston was 4.5.29.

To begin the fourth quarter, Josh Stern kicked his second goal of the game, playing on from a set shot to score against his previous team. The former Sydney Swans academy player has pleased many this year with the Dolphins. With a snap from right inside the 50, Blake O’Leary completed Frankston’s goal-scoring against the Swans.

The Swans’ Josh Kennedy, who has 289 AFL games under his belt, dominated with 36 touches and eight tackles. For the most part, the Dolphins appeared weary, after a long five weeks, including three trips north. They lost the inside 50 count 72-33, which explained most of the day.

Frankston is currently ranked 14th out of 21 teams in the VFL after 18 rounds. The best eight teams will compete in the finals at the end of the season.

If you did not get a chance to watch on Saturday morning, a mini match can be found here.

Round 19 sees the Dolphins have a bye round.

Credit to Sydney Swans for the images. 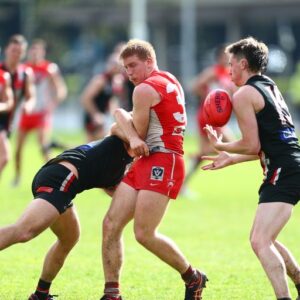 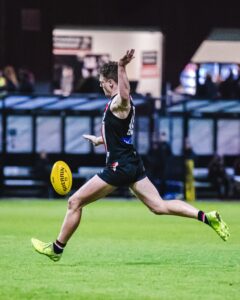 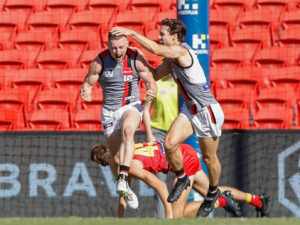 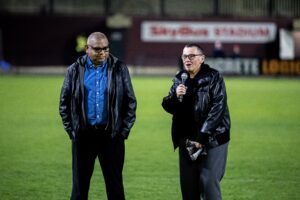