Ahead of the VFL season, the Frankston Dolphins embarked on their first training camp of the pre-season – a weekend away at the Defence Force base, HMAS Cerberus.

Under the watchful eye of new senior coach Danny Ryan, the Dolphins’ players were tested physically and mentally through a range of activities young cadets are put through.

The Dolphins also head on a second camp before the season proper, travelling up to Lakes Entrance from March 15-17.

The first Frankston Camp of 2019 involved the playing group and coaching staff boarding HMAS Cerberus Navy base for the weekend. The camp commenced with lunch in our host Cerberus footy team club rooms, the nerves flowing high with anticipation of what was in front of us.

Jimmy Miller, a 2019 Frankston player and also a member of the Navy, was being inundated with questions about what lay ahead. The first activity was like nothing we had ever experienced before, it required us to wear a full boiler suit, breathing mask with an oxygen canister, gumboots and gloves. As a team we were tasked with walking into a pitch-black metal room full of smoke, trying to navigate our way through the ladders, steps and doorways as a team, with no visibility and only an arm on the person in front of you for guidance.

The intense training did not stop there, with our group then entering the hull of a ship which was simulated to have been hit by a torpedo. Water flooded in, first to our knees and then all the way to the roof as the group tried to work together in an attempt to plug the gushing holes in the walls of the ship. Following the crisis simulation, the adrenalin was high as we moved into a gym and boxing sessions. This was followed by footy training as the Dolphins were joined by a number of the Cerberus players. DR handed over the coaching reins to the playing group as we executed a near perfect session while the Coaches sat on the side lines observing.

Saturday night’s leadership session ran by Frankston Coach Petty Officer Chris Gamble involved reviewing a number of player expectations and as well as getting to know more about each other outside of our usual training environment at SkyBus stadium. The drained playing group were struggling to stay awake as we were then informed by the coaches of our requirement to meet them at 1am of the Hockey Pitch for some late-night activities. Some of the playing group decided to stay awake while others managed to sleep for a maximum of 90 minutes before the 12.30am alarms went off. Half of the exhausted players carried a 110 meter rope around the edge for the hockey field while the other half held lengths of metal pipe over their heads. We managed to make it to back to bed around 2am.

On Sunday morning our sore and tired bodies were then required to battle though 100 meters of the Cerberus mangroves and thick mud. It was high tide which meant the heavy mud was up to our knees and cold sea water to our necks at some points. We all managed to fight our way through the mangroves and make it to the end. We were then greeted by a fire hose to remove most of the sticky mud.

This concluding the Dolphins first visit to HMAS Cerberus, the playing and coaches a more unified group as we move into the 2019 season. With a newly formed relationship with the Cerberus Football Team and Navy base.

Going into Cerberus I had heard a lot interesting stories that not only scared me but also excited me at the same time. When we finally got there and got settled in it was time to participate in some activities which would foreshadow what the camp was going to be all about.

The water submersion proved to be one of the boy’s favourite activities as it was not only thoroughly enjoyable but also quite challenging as teamwork proved pivotal in order for us to succeed and plug the holes which were gushing out with water. The gym session which was followed with boxing was tough but the basketball which proceeded it everyone really liked, and it was nice change up for some different type of exercise.

Then the footy session was run by the leaders and it was great to see all the boys buy into the session and give it their all and proved that we don’t need coaches.

We entered the base with mixed emotions. Half keen, half nervous but overall the group was very excited to see what was in store for us over the weekend.

Was good fun down at Cerberus. The boys got split into 2 groups and rotated between a gym session and fire/water evacuation session. The gym facilities were first class and we made the most of it, throwing tin around and producing a solid boxing session then finishing it off with a few fun basketball and soccer games.

The water/fire evacuation session was a really ‘out there’ experience. Some boys were a bit on edge with what was to come but we got together and did what we could to stop the water which was pounding in. You could say we failed the simulator but I reckon with our lack of naval knowledge and ability, we did pretty well.

Finished the night with a footy session which capped off a good day at base. The coaches left it to us to take over the session and the whole squad took the opportunity well, hopefully impressing a few Cerberus boys who joined in for a kick.

We were up a bit earlier than usual Sunday morning. A 1am start doing exercises definitely woke a few lads up before hitting the bed around 2am

After breakfast Sunday morning, we hit up the mud course which had everyone up and about. The boys took it on with great enthusiasm and made the most of the conditions. Easily the highlight for me.

After a hose down, we capped off the camp with some different diving performances in the pool which again was first class.

The camp as a whole was excellent. A really good stepping stone for the whole club, not just the players for our 2019 campaign. Hopefully more Cerberus camps in years to come. 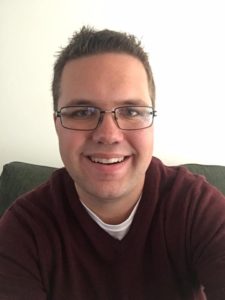 Women’s Coaching Month presented by BHP, not only presents the opportunity to celebrate the contribution of current women in coaching across the country but also promotes the pathway programs and initiatives to get more women coaching at the community level, across the @vfl.vflw @waflofficial, @sanfl_official and at the @afl and @aflwomens level.

Our women's team is locked 🔒. The Dolphins are ready to continue their good form after a great win last week!