Frankston start season with a strong win under lights:

Frankston kicked off 2021 with a win under the SkyBus Stadium lights on a perfect night for football against Coburg.

Fittingly, it was skipper Josh Newman who kicked the last goal, converting on the run from 20 metres, deep in the last quarter before a raucous of celebration as the Dolphins won 20.6 126 to 14.12 96.

The goal was reward for Newman’s efficiency through the midfield all night and leadership during the preseason, with the 26-year-old also clunking two spectacular grabs to add to a growing highlights reel.

A sprinting start from Frankston saw them with two goals inside the first three minutes before Coburg gained the ascendancy in the midfield, stymying Frankston’s ball movement to lead by 22 points early in the second quarter.

The Frankston recruit kicked four of his six goals in the second quarter tearing the game apart inside Frankston’s forward 50, pouncing on loose balls to capitalise on the Dolphins’ momentum.

“Begs is an outstanding character and a great player and we’re rapt to have him and that’s what he’s capable of doing,” coach Danny Ryan said of Begley.

An eight-goal second quarter saw Frankston firmly wrench back control of the contest, led by their small forwards.

The Dolphins looked most potent when the ball was delivered quickly, as the intercept defenders of Coburg were ineffectual, allowing the crumbing forwards to kick 12 of their side’s 20 goals.

Bailey Lambert’s tackling pressure and marking belied his small stature, finishing with two goals, as did the evasive Jack Mentha. 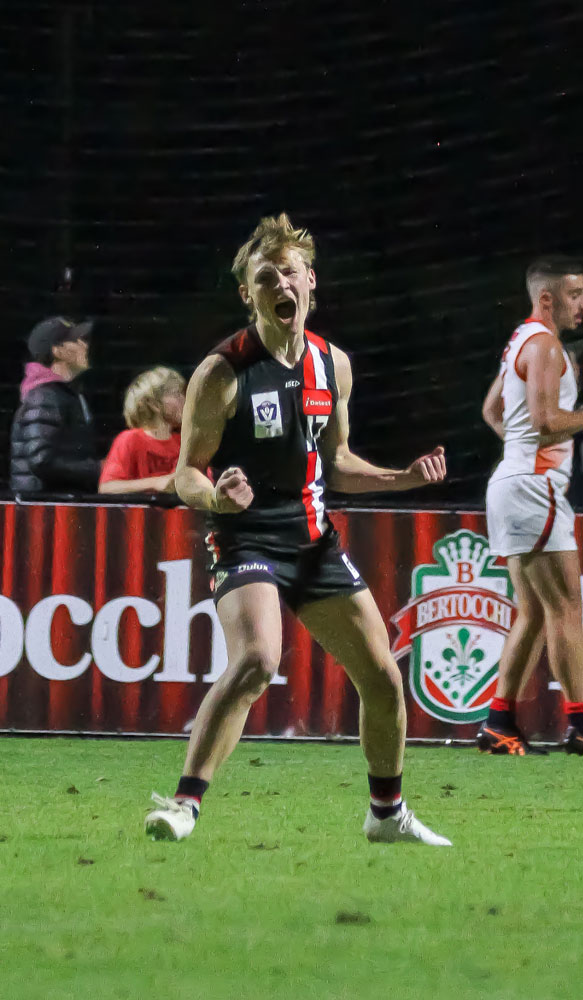 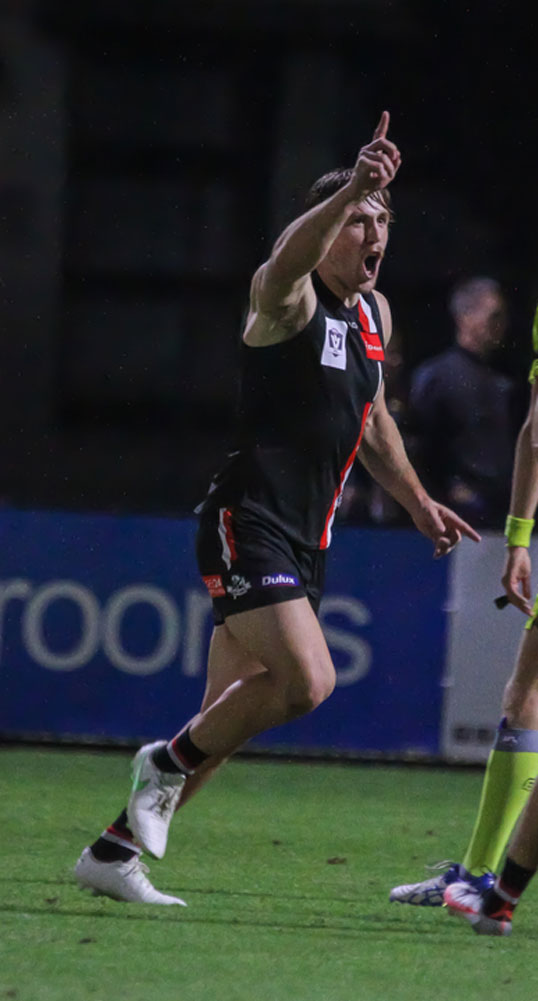 Deep forward-50 entries gave Frankston simple scoring opportunities, reflected in the conversion of 20 out of their 27 scoring shots.

Frankston’s lead extended to 40 points in the third quarter, but two late goals kept Coburg in the contest going into three-quarter-time.

Nathan Freeman, exceptional throughout for Frankston, lifted in the last quarter to prevent Coburg from getting closer than 19 points, collecting 38 possessions and clearances for fun.

As the final siren sounded, Will Fordham, who was typically influential on the field, turned and acknowledged the fans on the hill, who were vocal in their support all night making for a magnificent Friday night spectacle.

For Coburg, Marcus Lentini was vital with 39 possessions, while Nathan Mullenger-McHugh looked classy up forward and provided mobility in the ruck following a seemingly serious ankle injury to ruckman Adam Swierzbiolek in the third quarter.

Kai Owens was Frankston’s only potential injury concern, limping off after consecutive goals in the fourth quarter with separate ankle and groin injuries, but Ryan assured it was minor.

Kai’s fine, a little rolled ankle, but the rest will help him,” Ryan said.

“It was pleasing, we started well, then got ourselves in a bit of a hole, and then rolled our sleeves up and got to work.

“We kept the game simple and played to our strengths.”

Live-wire Lambert joked after the game on RPP FM’s coverage that many of the Frankston players may not know the words to the song, and for good reason.

15 of the 22 Frankston players – including Lambert – made their club debut on Friday night, with big-bodied midfielder Bill MacKay especially impressing Ryan, finishing with 22 possessions.

“Bill hasn’t played for two years and the last game he played was under 18 football so for him to do that shows he’s really grown.

“He’s very coachable and works hard so gets his just [reward].

“Bill was the one that stood out, the others played their roles and that’s what we ask of them and it’s a significant step so to survive and execute is a pass mark.

“They’ve got growth still in them so the games we get them in and play their role in the team, that’s what we ask of them and I think they did that.”

Among the others, Ash Krakauer was electric early as a high forward, Blake O’Leary was calm and backed his agility when he found the Sherrin, and the young defense held Coburg at bay.

With Liam Hiscock and Max Williams absent, it was up to experienced new recruit Brett O’Hanlon to lead the backmen, providing composure and productive kicking exiting defense.

Frankston head to Arden St next Saturday afternoon to take on North Melbourne from 1.00pm.