A big boy out of the Murray & Ovens Football League, Muller became the youngest standalone coach in league history when he led North Albury in 2019. As a player, Muller has played much of his career as an undersized ruckman but will likely spend time as a bash and crash key forward for Frankston. Made a cameo appearance for the Dolphins last season, and also has previous experience as an Essendon listed VFL player. 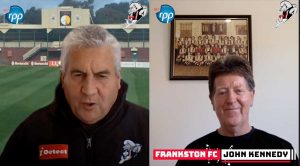