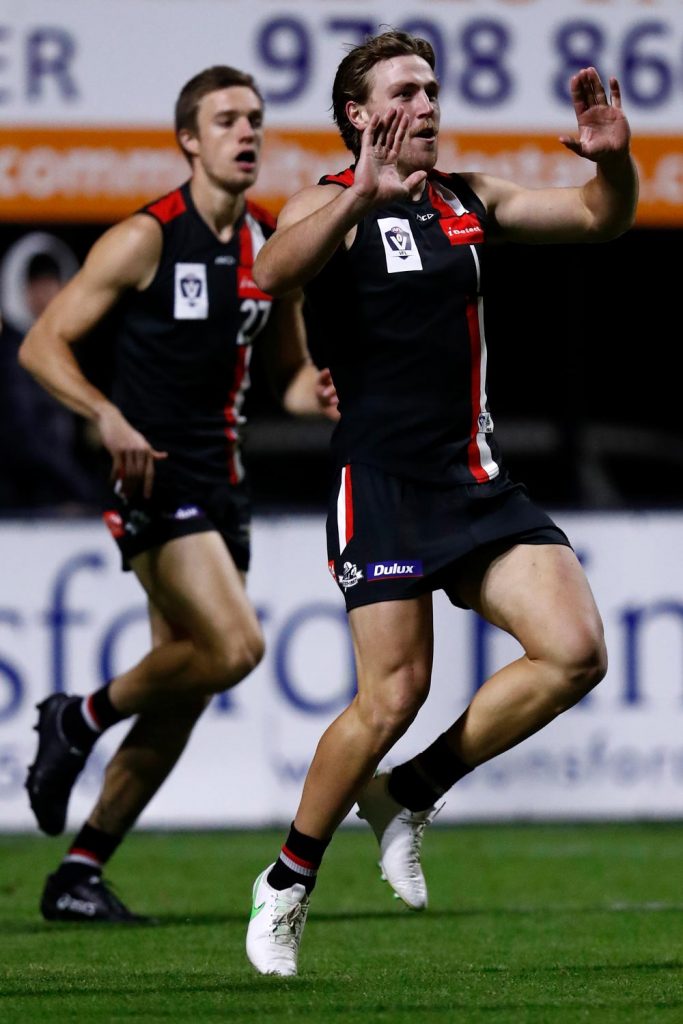 The AFL has today announced the fixture for Round Three and Round Four of the 2021 VFL Competition.

North Melbourne will face Casey Demons under lights at Marvel Stadium to kick-off Round Three on Thursday April 29. The game will be broadcast live on Fox Footy from 7.10pm.

Footy will return to Downer Oval, Williamstown for the first time in 2021 when Williamstown host Port Melbourne on Saturday night. Traditional rivals Essendon and Carlton will face off at Windy Hill on Sunday May 2 as the VFL’s match of the day live and free on Seven with fans also able to live-stream it via Seven’s market-leading BVOD platform, 7Plus.

AFL Head of Talent Pathways and State League Competitions Tristan Salter said the league was pleased to confirm the next block of games as the season continues to build after an exciting first round of football.

“Round One was a fantastic start to the 2021 VFL season with record attendances across the majority of games supported by strong broadcast numbers highlighting the appetite for VFL football across the legion of supporters,” Salter said.

“The new era of the VFL produced the highest standard of state league football in Australia across Victoria, New South Wales and Queensland with AFL Clubs, AFL Aligned Clubs and VFL Standalone Clubs all winning matches.”

“We have and will continue to remain adaptable as we work closely with each stakeholder to ensure we achieve the best possible outcome for everyone in the game in fixturing games,” Salter said.

This year’s fixture closely aligns with AFL programs given the VFL involvement of AFL-listed players from 14 AFL clubs and the shared resources across all 14 AFL clubs. The release of rounds Three and Four aligns with the current release of the 2021 Toyota AFL Premiership Season fixture and is central to the fixturing of the season.

The confirmation of dates and times of the 2021 VFL fixture in smaller blocks will continue for the short term, as the VFL continues to balance the alignment with the 2021 Toyota AFL Premiership Season fixture.

The AFL wishes to advise tomorrow night’s game between GWS GIANTS and Footscray will start at 7.15pm not 7.10pm as previously advertised and will be broadcast on Fox Footy.

Matchups for Rounds Five to 19 has been released with dates, times and venues announced following the release of additional rounds of the 2021 Toyota AFL Premiership Season fixture.

The fixture will deliver fans a blockbuster schedule of matches and allow maximised broadcast of the game with the VFL to enter the homes of more fans across more channels in 2021.

Crowds will be permitted at all matches unless otherwise advised. Fans are encouraged to follow the VFL and club digital channels to obtain ticketing information.

The AFL will continue to review all arrangements in consultation with clubs, the various State Governments and respective Health Officers to ensure the health and safety of everyone involved in this competition remains the priority.